On October 18, 2021, the Bank of Fincastle ended its 146-year run as the county's second-oldest business.

The Bank of Fincastle is now First Bank and no longer a local community bank. And thus ends a long chapter in the history of an old county that predates the founding of this nation.

Posted by CountryDew at 2:32 PM No comments:

These are the remains of the Catawba Furnace. You can see it from the road near the cement plant. The furnace was originally built in 1830. It operated for about 20 years then went out of service until the Civil War, when Tregedor Iron Works put it back into service for a short time. By 1865, it was no longer a working iron furnace again.

This furnace has fallen in significantly in the last 15 years (as of 2020).

This is from the Virginia Department of Historic Resources website:

"This cold-blast charcoal furnace was built on an unusual round plan in 1830. It ran on water power from the Catawba Creek. The original Catawba Furnace consisted of one stack and many wooden buildings situated on 10,000 acres in Botetourt County. In 1863, the property included a corn mill, saw mill, stable, granary, coal shed, blacksmith and wheelwright shop, managers house, one frame boarding house, six cabins for laborers, an office, sheds, and an ore washing machine. Although abundant coal was found on the property of Catawba, the furnace was never converted into using coal or coke. Pig iron was hauled from Catawba Furnace over twenty miles of rough roads to Buchanan and the James River and Kanawha Canal, where it was loaded onto barges to be sent to Richmond. Difficulties in transportation limited production after the Civil War. Pig iron from this furnace was so valued that it sold for as much as $60 per ton, and was transported (in small quantities) to Boston, and all the way to Maine. A large part of Catawba Furnace collapsed in the 1930’s when vandals removed two of the arch lintels." 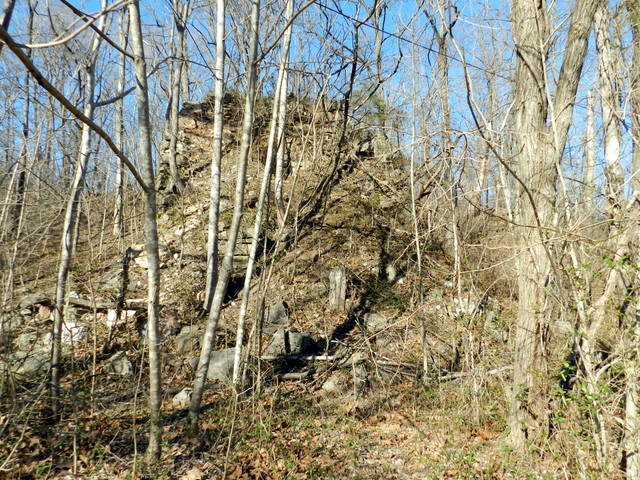 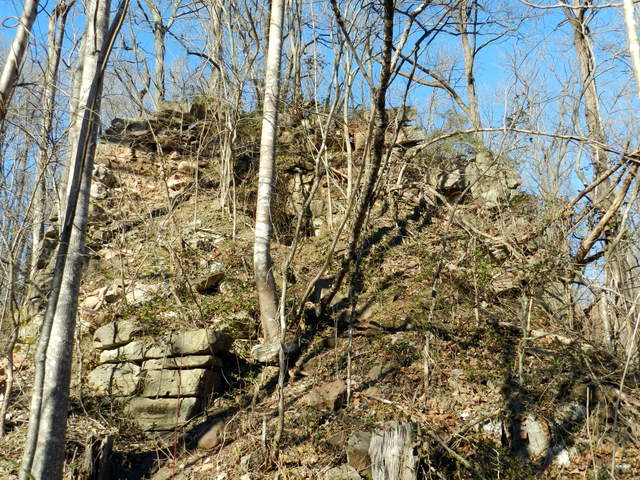 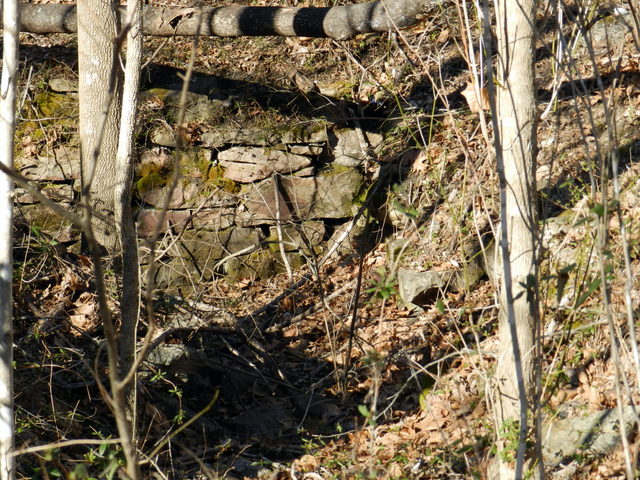 Posted by CountryDew at 2:12 PM No comments:

Greenfield in the late 20th Century into Today

[Additional information prior to this about Franklin County's new economic development project.]

When Jerry Burgess became Botetourt County’s administrator in 1992, the board of supervisors already had its sights set on the Greenfield property. [Formerly the Preston property, and now The Botetourt Center at Greenfield.]*

The area was experiencing growth, and the county needed more industrial land.

With more than 900 acres, the Greenfield site could meet some of the county’s other needs, too. Schools were essentially at capacity, Burgess said, and there was need for another elementary school.

There was also a desire for a second, more centrally located recreation park.

County officials always envisioned Greenfield as more than a place where people would work.

“The county wanted to do something higher-end. They didn’t want an industrial park — they wanted a business park,” Burgess said. “And there’s a huge difference.”

So when landowner Mary Blount died and her will directed that her property be sold, Botetourt County jumped at the chance. It purchased the property in 1995 for $4.6 million. Some of the money for the land came from general obligation bonds authorized by county voters in a 1994 referendum.

Burgess, who retired in 2012, said watching things unfold in Summit View [Franklin County development project]* “has brought back some memories.”

“Botetourt has never had an employment problem, but they had a problem where the wages paid were very low for a lot of jobs. So people were typically working two jobs, both members of the family were working,” he said. “So the board of supervisors wanted higher-end jobs.”

Botetourt County officials worked with the Roanoke Regional Partnership to develop a marketing plan and determined they wanted to ink a deal with the first business within 12 to 18 months. Exactly 15 months after the plan was adopted, Burgess said, Japanese auto-parts manufacturer Koyo Steering Systems committed to becoming Greenfield’s first tenant. The company broke ground in July 1999.

Then Altec Industries, a manufacturer of mobile aerial lifts and equipment for utility companies, announced in August 2000 it would come to Greenfield. In October of that year, the Greenfield Education & Training Center opened.

For a while, Burgess said, Greenfield was “rocking.” Then, it wasn’t.

It seemed Botetourt was close to a deal with a German company, but then 9/11 happened, and Burgess said he never heard from the company again. Then the economy tanked.

“All of the momentum that we had at that point was gone,” he said.

Then West Coast-based Ballast Point Brewing Co. chose Greenfield for its East Coast operation, with the promise of a $48 million investment and 175 new jobs. Ballast Point purchased an existing building owned by Lawrence Transportation Systems, which had acquired the building after Koyo, renamed JTEKT North America following a merger, shut down in 2010. Lawrence leased the space for use as a warehouse and distribution center.

And construction on an industrial shell building, which would reduce the wait time for the next business that wants to call Greenfield home, also began last year.

More than 20 years after Botetourt County purchased the land for Greenfield, the park is coming together as originally imagined. Burgess praised the boards of supervisors over the years for sticking with the vision rather than throwing the plans out the window when the economy faltered.

“At the end of the day, it all turned out,” Burgess said. “But the boards of supervisors over the years had to show a lot of patience. . . "

About 400 acres remain at Greenfield, and the county is in talks about how to develop them, said Ken McFadyen, Botetourt’s economic development director.

That means Botetourt and Franklin counties will be selling their product at the same time, raising the question of competition. Some say Summit View and Greenfield are competitors, while others prefer to think of them as complementary.

In some ways, a win for one is a win for all. A new business means jobs not just for the locality that snags it, but for neighbors, too. And the good publicity of an economic development announcement benefits the region as a whole. But there are some things that can’t be shared. Arguably the biggest reward — new tax revenue — is collected by only the host locality.

Greenfield is within three miles of an interstate, something Summit View can’t offer. Franklin County is eligible for grant funding from the Tobacco Region Revitalization Commission, which can support development costs, while Botetourt County is not. Natural gas is available in Greenfield; while Franklin County plans to bring natural gas to its park, either by tapping the Mountain Valley Pipeline or extending from Clearbrook, it isn’t on site yet.

Having more sites puts the Roanoke Valley on the radar of site consultants, who play an instrumental role in helping executives find a home for their business, Burgess said.

“Something that I have said in the past is that if you sell Coke and Pepsi you’ll end up selling more of both of them,” said Gary Larrowe, Botetourt’s county administrator.

Businesses want to have options.

That’s how Botetourt snagged Eldor. The Italian company originally was interested in the Roanoke site selected by Deschutes Brewery. When that option disappeared, McFadyen said, they turned to nearby Botetourt County.

Posted by CountryDew at 10:20 AM No comments:

Posted by CountryDew at 7:16 PM No comments: 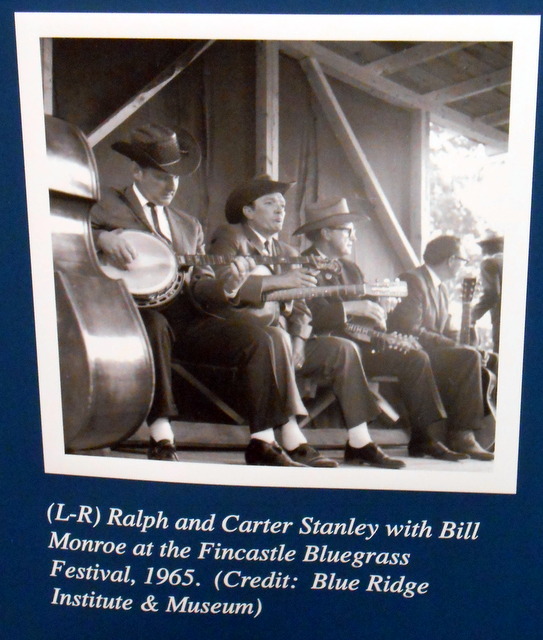 Fincastle was home to the very first multi-day bluegrass festival, way back in 1965.

Here is a youtube video showing some of it:

And here's a write-up about in Banjo Newsletter.

Here is a link to Virginia Department of Historic Resources photos on the Bryan McDonald House.

Posted by CountryDew at 8:16 AM No comments:

The Mad Gasser of Botetourt

The Mad Gasser of Botetourt, VA (and Mattoon, IL)

The unexplained "Mad Gasser" attacks began on December 22, 1933, in Botetourt when the home of Mrs. and Mrs. Cal Huffman, near Haymakertown, was attacked by a mysterious figure. At around 10:00 p.m., Mrs. Huffman grew nauseated after smelling something strange that apparently had been sprayed into her home.

A half-hour later, another wave of gas filled the house and Mr. Huffman went to the home of his landlord, K.W. Henderson, where he telephoned the police. Officer Lemon responded. After he left, another gas attack hit the Huffman home, filling both floors of the house. All eight members of the Huffman family, along with Ashby Henderson, were affected by the gas.

According to reports, the gas caused the victims to become very nauseated, gave them a headache and caused the mouth and throat muscles to restrict. No one could determine what kind of gas was used or who could have sprayed it into the house. The only clue that Lemon found at the scene was the print of a woman’s shoe beneath a window.

From then on, similar attacks occurred in Cloverdale (about 10 miles away)  on Christmas Eve;  December 27 in Troutville (also nearby); January 10, again in Haymakertown as well as one in Troutville; January 16 in Bonsack; January 19 in Cloverdale, January 21 (Cloverdale); and three more on January 22 in the Carvin's Cove area over a two-mile area.

On January 23, an attack occurred in the Pleasant Dale Church area (Lee's Gap). Other attacks occurred in Nace and Lithia, but after about 20 more reports in nearby Roanoke County, police decided that only the original few incidents were real and the rest hysteria. Newspapers reported the the unconvincing theory that faulty chimney flues and wild imaginations had caused the entire affair. Those who were attacked and police officers involved, like investigator Lemon, never accepted this explanation.

(As an aside, my great aunt, Ruth Harris Morris, remembered this incident, as one of the "gassing attacks" occurred in her neighbor's home).
Posted by CountryDew at 9:05 AM No comments:

You may use the Subject Guide below to find stories in your area of interest.

Check back frequently for updates, and thank you for visiting!
My family has lived for generations in Botetourt County, Virginia. I have been a journalist for 25 years and have a strong love of the county and its history.

Please feel free to write me with questions!

Botetourt History is a project of Anita Firebaugh, a Botetourt County freelance writer and amateur historian. Her articles appeared frequently in The Fincastle Herald, Botetourt County's newspaper, and she has written for numerous other local publications. She has won a dozen Virginia Press Association Awards for her writing and photography.

This site uses cookies from Google to deliver its services, to personalize ads and to analyze traffic. Information about your use of this site is shared with Google. By using this site, you agree to its use of cookies. Learn
more.

This site may also use cookies from other sources. By using
this site, you agree to any use of cookies.